dbnAudile designed and supplied illumination and sound for "LuminoCity" in Liverpool

dbnAudile supplied design services and equipment to illuminate the river facing façade of the magnificent Port of Liverpool building for “LuminoCity”, a 30 minute multimedia spectacular created and produced by Walk the Plank and featuring video projections, pyrotechnics, live performance, and a specially composed sound track. The sound for this event was also supplied by dbnAudile. 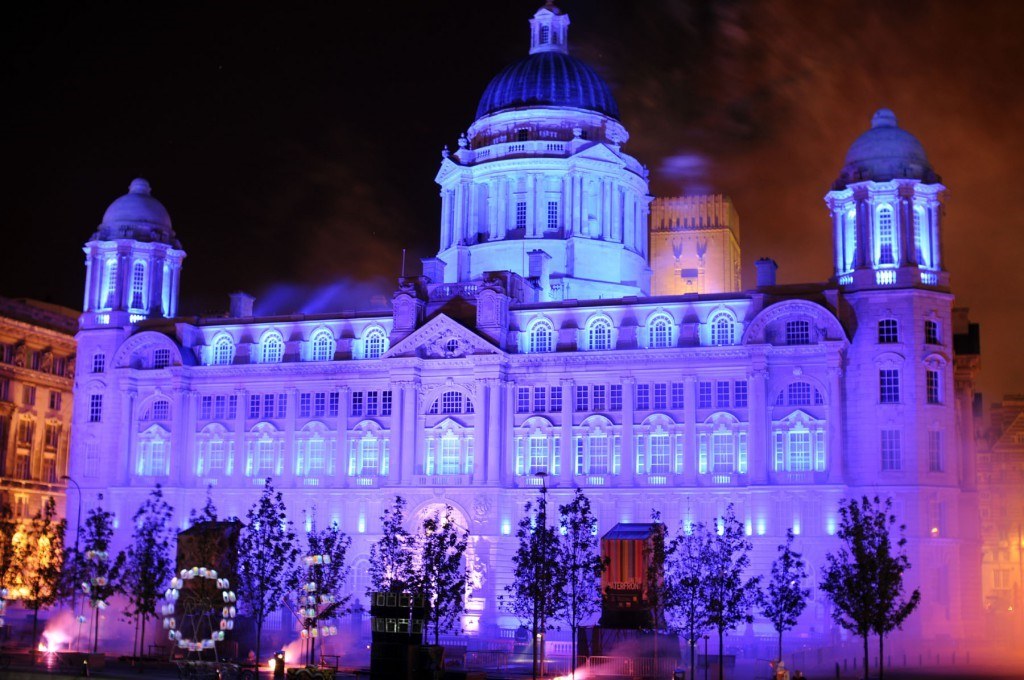 The culmination of Liverpool’s 2009 “Art On The Waterfront”, LuminoCity was produced in conjunction with Tate Liverpool, which ran a week of colourful summer events for all ages inspired by their exhibition “Colour Chart: Reinventing Colour, 1950 to Today”. 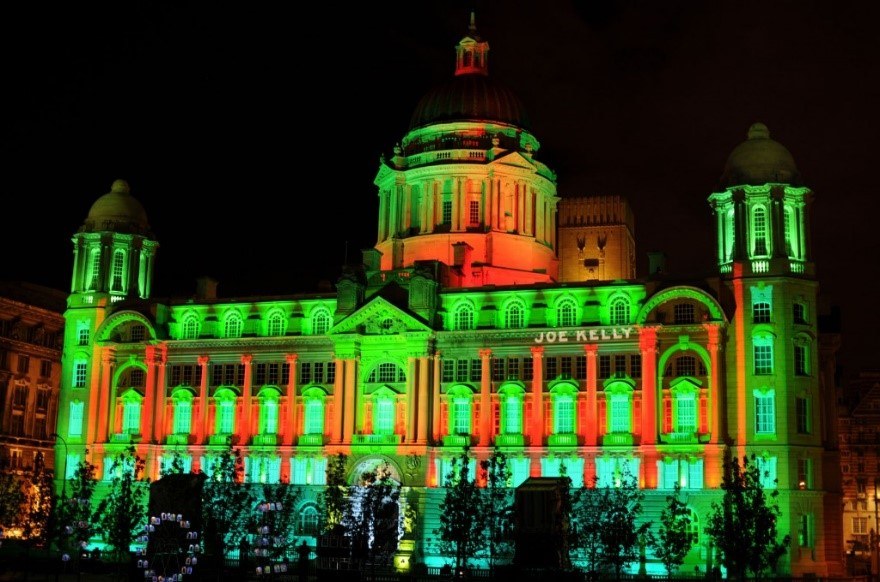 Page used over 200 assorted LED fixtures, primarily Chroma-Q Colorblock mk2s, dotted all over the building, ensconced in troughs, ledges and on windowsills – pretty much anywhere they could be safely anchored.  With  16 i-Pix BB4s and 5 BB7s filling the larger long-throw sections, the picture was completed with a row of 16 SGM PALCO 3s up-lighting from the trench along the bottom of the building, which added the finishing touches to achieving a good even spread of light all over. 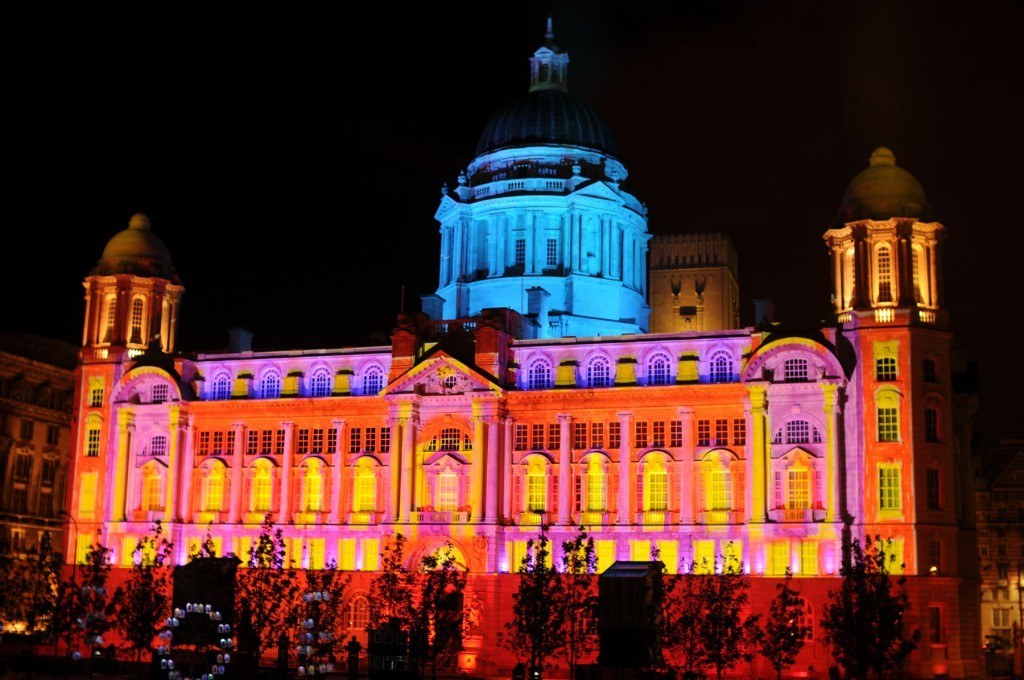 Page produced spectrum effects across the building and pure single colour washes and wipes that worked with the video and soundtrack, which also featured vox pops of children and other visitors to the Tate as they engaged in arty stuff!

These interactive elements included a paint-by-numbers schematic of the Port of Liverpool – the first of the famous ‘Three Graces’ – buildings, which was filled in by visitors to the gallery.

In conjunction with projection, Page recreated giant renderings of these on the building as one section in the show – which is where all the LEDs came in. Their positioning was carefully calculated to highlight specific areas in well defined colour fields, a tricky task to get right, further complicated by the availability of safe rigging points for the fixtures – which were not necessarily in ideal places.

The LEDs on the building were all rigged off cherry pickers by the dbnAudile crew of 6 during an overnight stint on the Wednesday to be ready for the first tech rehearsal the next night, ahead of Saturday’s show. 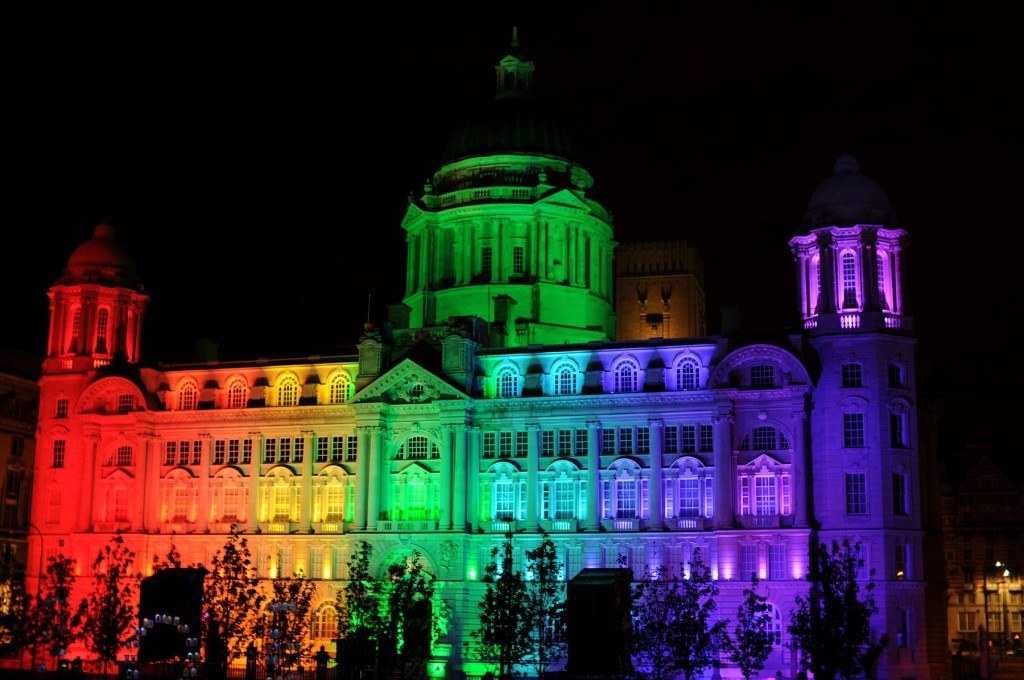 The show lighting was programmed and run live by Page using a Jands Vista T2 console.

Video was supplied by Pod Bluman Associates, pyrotechnics by Walk the Plank and flame effects by Black Powder Monkeys with custom content produced by Digital Insanity.

LuminoCity follows dbnAudile’s highly successful delivery of lighting for the transition event of the Closing Ceremony of Liverpool’s European Capital of Culture year in 2008.