dbnAudile supplied lighting, sound, LED screen and crew to the main stage and four other performances spaces at the 2016 Lost Village Festival, plus site-wide scenic and environmental illumination highlighting hundreds of organic artworks made with natural materials found on the site. The project was managed by dbnAudile's Nick Buckley.

It was the second year of this unique and genuinely boutique festival staged by Lost Ventures with site and production management co-ordinated by Andy George, Jay Jameson and Ben Atkins with whom dbnAudile enjoy a great creative synergy.

"A huge increase in production values this year underlined the Lost Village team's commitment to the event, and to making it one of the best alternative festivals of the UK season."

Staged in the beautiful Lincolnshire countryside in a low key location, replete with pastures, woodland, a small lake and a properly magical feel, the event presented some great dance music, activities and positive vibes in a vibrant and fun environment.

This year’s Lost Village bolstered the lineup with Fatboy Slim playing Friday night on the main stage, plus a host of other great live acts and DJ’s appearing across the three days, as well as in increased capacity from the previous year. 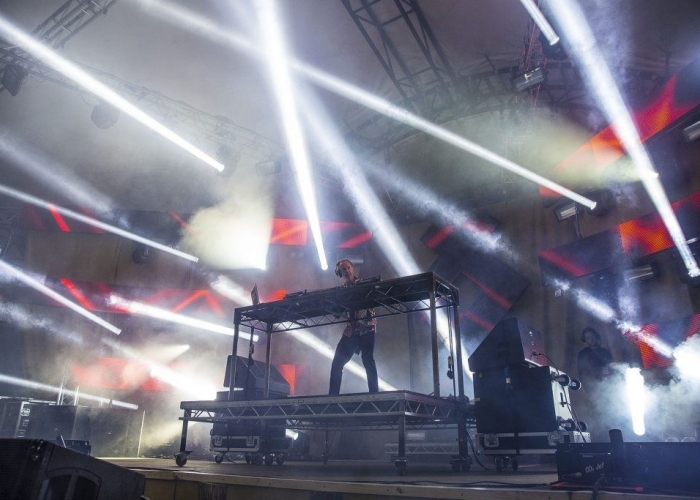 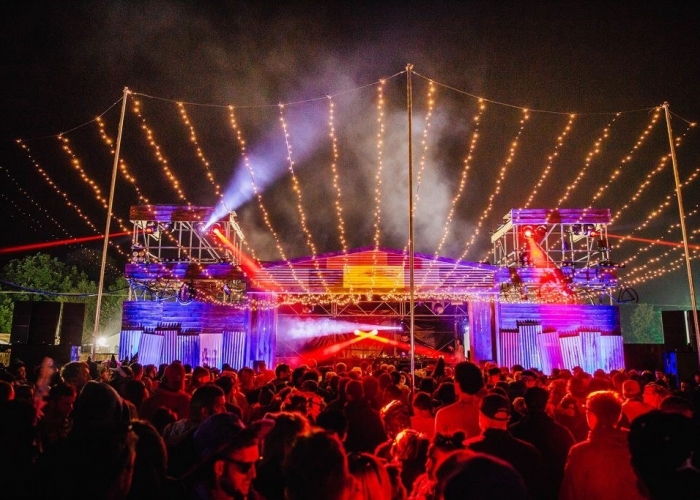 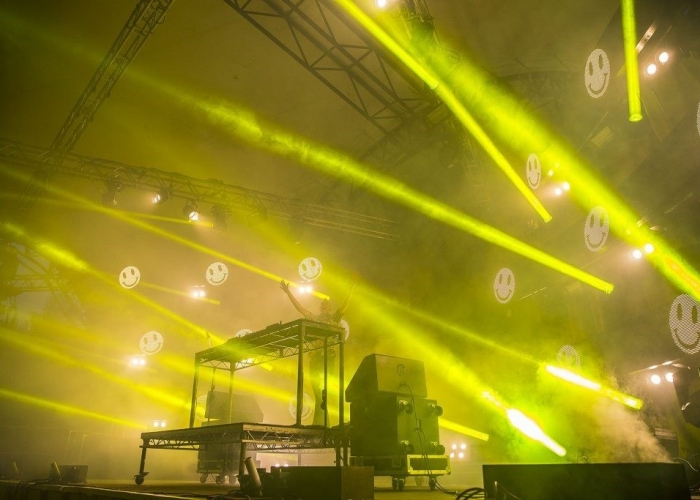 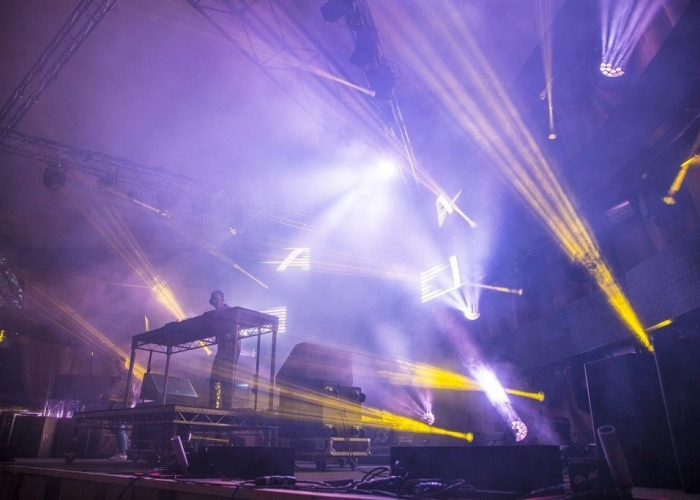 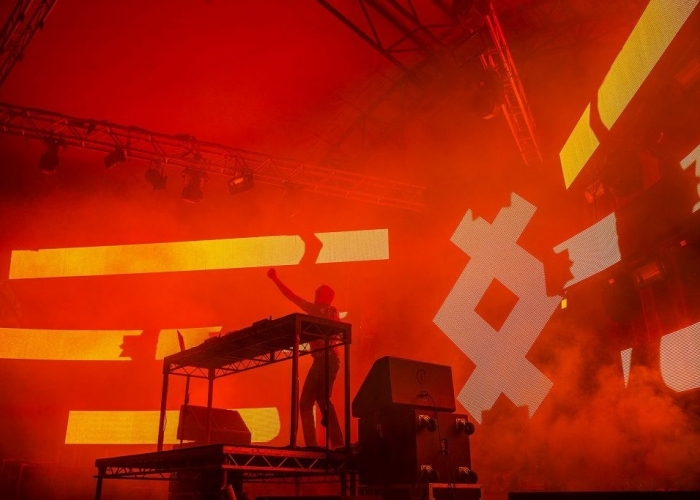 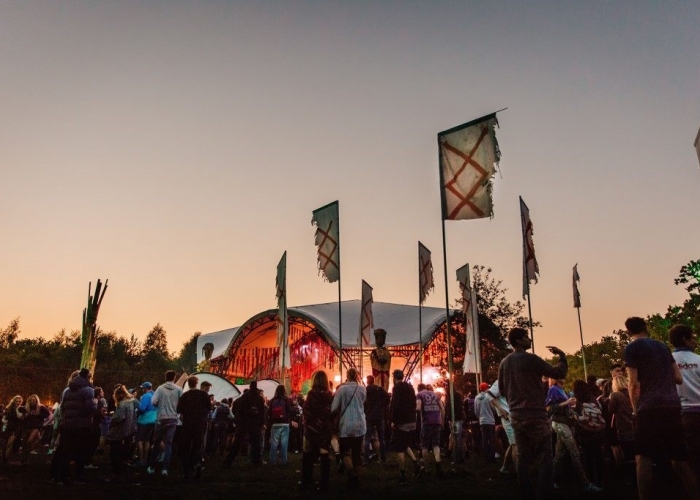 For the main stage, G2 built one of their striking structures in a small meadow, which featured a lighting and video production design by Nick Buckley to maximise the elegant architecture. The installed trussing included two V-shapes either side (stage left and right) with the middle and lower elements attached to ground support towers, and a three-quarter circle truss curving around the full over-stage area and going out above the audience. Another two trusses were used to fly dbnAudile’s PA arrays.

The LED elements of the set were designed to extend the stage sideways with three horizontal strips of dbn’s proprietary 12.5 mm Eastar LED. Careful positioning – and clamping to the trusses – of the panels allowed the gentle curve of the metalwork to be replicated with no gaps in the pixels.

In the centre, the Lost Village logo was reproduced using 18mm LED panels.

The whole lighting and visuals rig stayed in for the rest of the weekend so all performers had the benefit.

Sixteen (of 18) Martin Atomic strobes were rigged on the back wall, with the other two on the floor, and 20 x Moles were also on the back wall – a mix of 4 and 2-lite DWEs.

All the video content and control was supplied by video artists and VJ Tom Bartley, and the lighting was operated and run for the weekend by dbnAudile’s Edwin Croft. 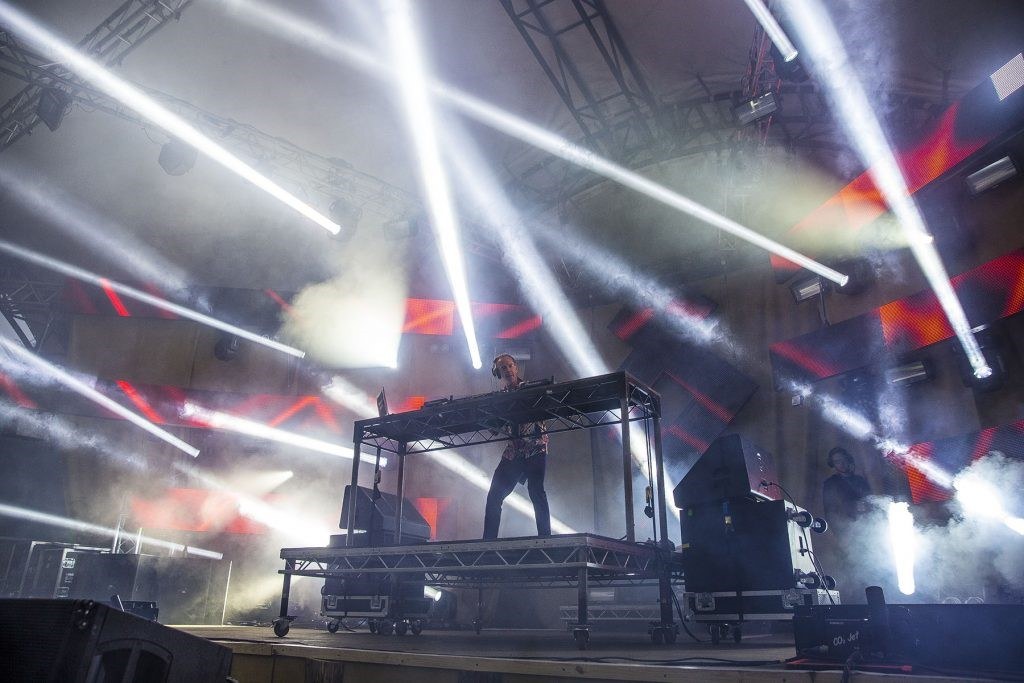 An elaborate scenic design was created for The Cabin stage – and all the other stages – by décor specialists Evolution Exhibitions  – resembling a cabin tucked away in the woods which unveiled many surprises nestled in a little glade, pumping out great Trance beats.

The lighting design took advantage of the Cabin’s structural ladder beams which were utilized as hanging points.

The fixtures were 12 x Clay Paky Mythos and 6 x Showtec Sunstrips, positioned around the DJ booth with six strobes filling up the open stage immediately to the left and right.

With the Mythos being a properly multi-functional fixture, 12 were more than enough to give a huge variety of looks.

For control, programmer/operator Steve Barnett used an Avo Tiger Touch II, adding his own little touch of control magic, utilizing a BPM app to synch chases being run through the desk to the BPM of the DJ.

The low hanging trees formed a natural roof canopy over the audience area, and slung around this were several strings a LED lanterns, made up using intelligent IMS festoon with each bulb dressed by a round white lamp shade. The DMX colour changing bulbs were individually mapped through the lighting desk which was highly effective. 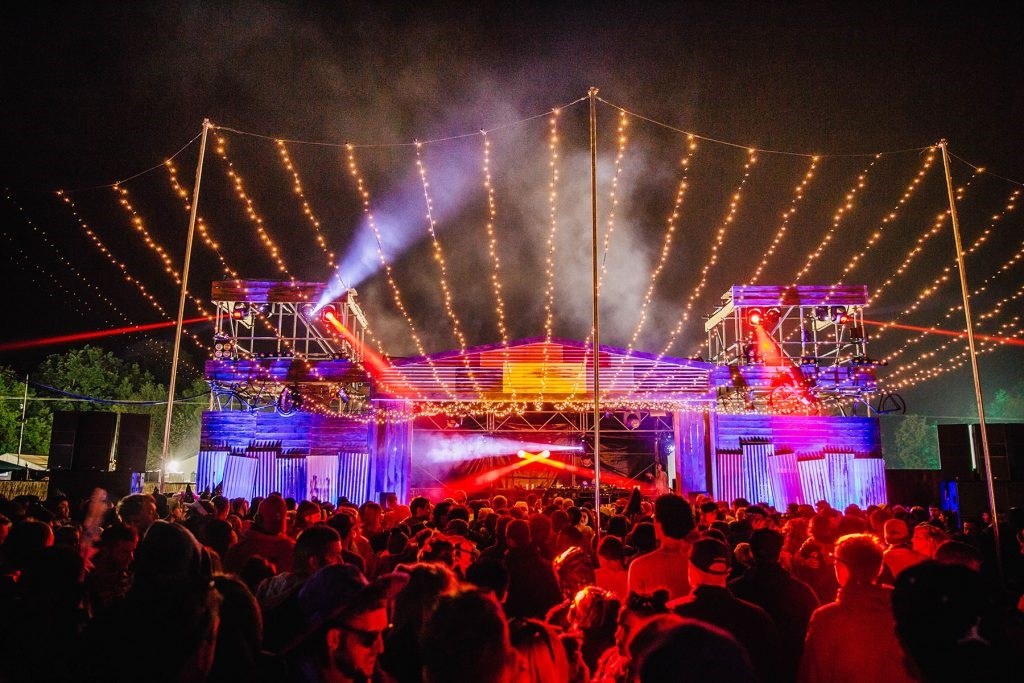 Stage 3, The Chapel, was another detailed scenic masterpiece ensconced in a clearing along one of the winding woodland pathways followed by guests on their enchanted journey to discovery the ‘lost village’.

This stage featured an all DJ line up and ran for Saturday and Sunday of the event, looked after for dbnAudile by Chris Phillips (Pip).

As with the Cabin, there were limited rigging positions available, so the dbnAudile team have to be inventive.

Two CP Mythos moving lights were hung above the DJ booth with another two just inside the door – effectively surrounding the DJ, with four more Mythos on the two stage wings in weather domes, shooting down the audience area.

Four Sharpy Washes – their compact size ideal for the space – were squeezed in above the DJ, with another two behind the Chapel’s two windows, also blasting out into the audience.

Four Atomic strobes were in these same positions, with two LED PARs as key light for the DJ, and another three Spectral LED PARs a side ratchet strapped into the trees to light the front of stage.

Pip used a Pearl Expert to control the lights and enjoyed the opportunity to adopt a creative ‘busking’ style.

Nick Buckley himself ran lighting at the fourth operated stage, Lookout, which was heavily disguised as a forest hideaway and located in Base Camp – together with a collection of funky food vendors, phone charging stations, and chill out areas.

This stage was considerably larger than last year and based around a full structure, supplied, together with all the other stages by G2, with Evolution doing the site-wide stage scenic dressing, which paid huge attention to the detail making each stage stand out.

The stage structure was again utilized for lighting hanging points the four CP Alpha Beam 700s, 8 x a.leda K10s with B-Eye lenses, four Atomic strobes and half a dozen Moles for audience blinding. Twenty-four strings of fairy lights on poles formed a canopy over the audience immediately in front of stage.

Nick ran the lighting from a Pearl Expert console. 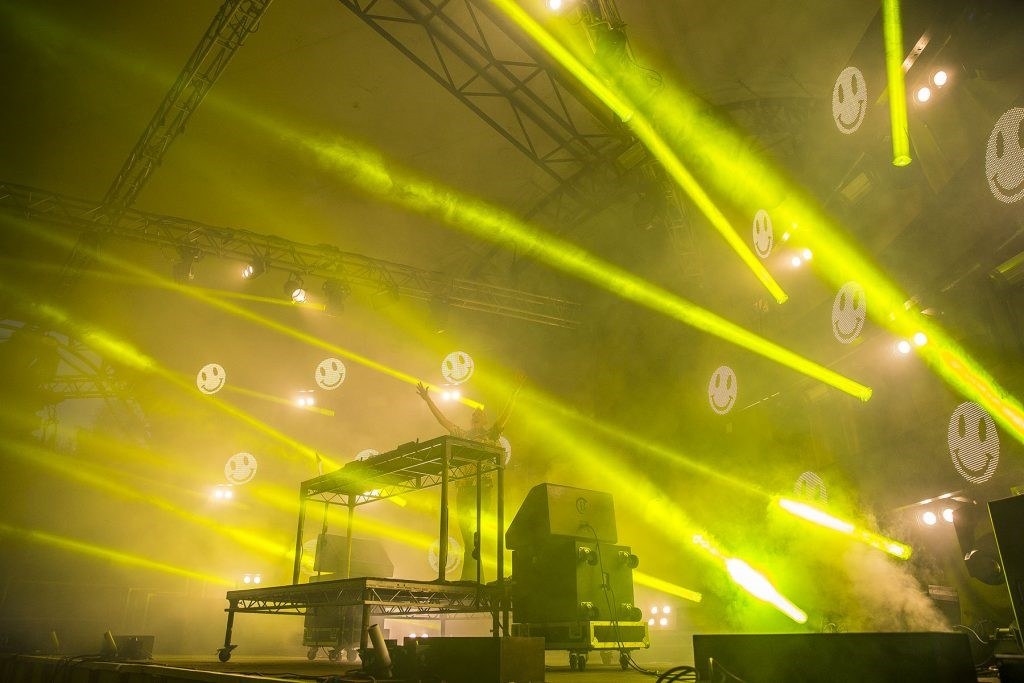 The event, on the first ‘official’ UK festival weekend of the year, enjoyed amazing weather and a great buzz. The festival was by all accounts a real success, and was a memorable weekend for everyone involved.

“It was fantastic be back at the Lost Village again this year and to see it develop without losing any of its unique and friendly vibes! It’s always great working with Andy, Jay and Ben – their approach to creating great entertainment environments is truly innovative”